Hemangioma is a benign tumor consisting of vascular tissue cells. Typically, this disease is diagnosed in newborn infants and children at the age of several months. In them, the neoplasm progresses rapidly enough, may grow large and be a visible cosmetic defect.

the course of operations in the Scientific Medical and Research Centre of Oncology named after N.N. Blokhin, Moscow 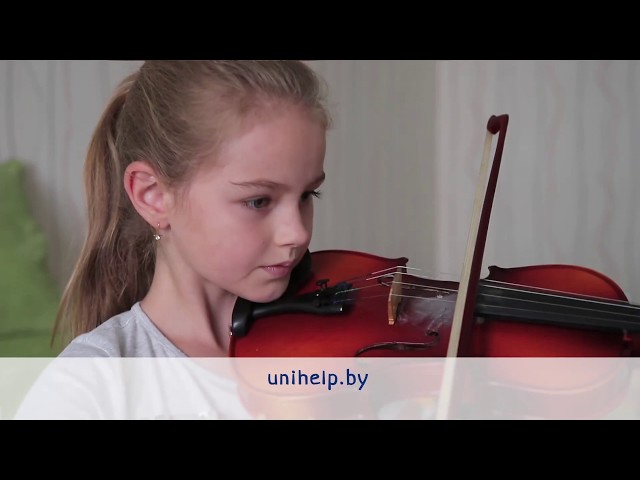 “Having gained strength and patience, we went through many things to know our enemy by name. And later, Daryana was diagnosed with a capillary hemangioma of half the face. They thought that we could do something in Belarus, but, unfortunately, the laser treatment of the face did not take effect.”

Parents have got a chance for a full recovery of the child in the Cancer Detection Centre named after Blokhin, where 80% of such children recover. In August, Daryana was made the first operation, and the result was noticeable within a week and a half.

“The periodicity between each operation is one month and a half. And, unfortunately, we are not able now to collect the necessary amount for further treatment.”

Since the age of six, Daryana has been studying music, now at the Tchaikovsky Music School (the main instrument is violin). She is doing well at school and is always trying to be the first. She is recommended to be as little as possible outside in sunny weather, but the girl still dreams of seeing the sea. And you are able to help Daryana realise her dream!